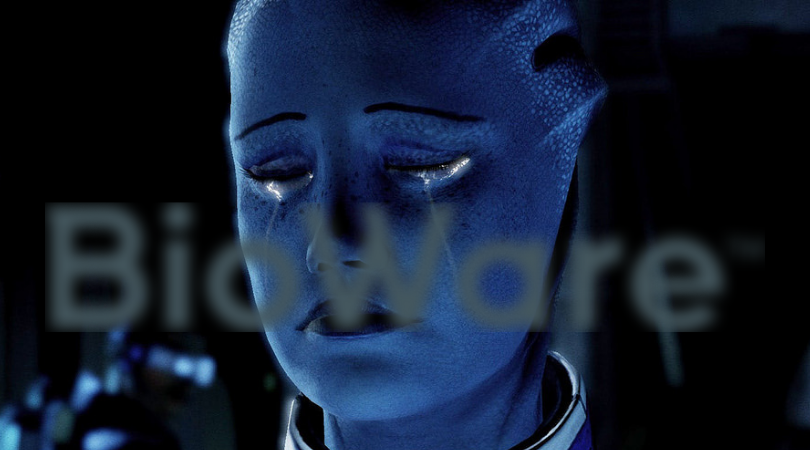 Well folks it’s time, time to do a full-on review of one of the greatest story-driven game developer studios of all time and their most unfortunate fall. Their video games are considered as classics and quite possibly best in the genre. The game developer studio we are talking about is of course Bioware, a Canadian studio, well known for its RPGs, immersive worlds and well-written characters. There was a time when everything their announced was highly anticipated, but those times are long gone and now Bioware is looked only as shell of their former glory, while a greedy studio that owns them and pulls on strings behind the scenes and anything Bioware currently announces is viewed with skepticism and doubts at best and outright anger at worst.

While this is mainly the story of fall and greed, it is also a story of my own history as a gamer and how these games generally changed me as a player. Before that I usually played with little notion to the story and characters. After playing Dragon Age: Origins everything changed (read article), I suddenly realized that story, characters and world are what I stick to most and what keeps me replaying games again. I owe Bioware a lot of fantastic memories of me playing and later discussing with my friends what we have played. For all of that they deserve a big thank you.

Here in these upcoming articles I will review every single game from Bioware starting with Mass Effect 1 (read article) and ending with Mass Effect: Andromeda. I will also provide an epilogue and some final thoughts on what might be the future and how possibly you could return the Dragon Age and Mass Effect franchises back on tracks. This is the “Fallen Franchise” series.

To be continued very soon.