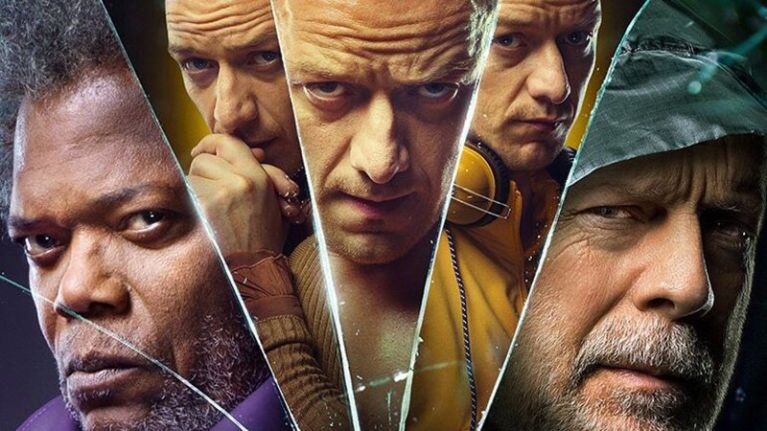 With Glass, Shyamalan remains true to himself and continues to expand his own cinematic universe.

First of all: The reviews are wrong. Glass is not a bad film, but a Shyamalan film. And Shyamalan movies aren’t everyone’s taste. That’s the way it is. And now to the film review.

Glass is the last part of the so-called “Eastrail 177” trilogy after Unbreakable (2000) and Split (2016). And what you immediately notice is that the film takes over the visual power of its predecessors and continues it consistently. Shyamalan’s superhero world is presented completely “decelerated” and action sequences are unhectic and very realistic. Shyamalan retains his anti-superhero movie style and remains true to himself. The colors are part of the construction of the filmic narrative and underline David Dunn’s juxtaposition with Elijah Price in the sense of “good and evil”. David’s green color clothing contrasts with Elijah’s various mysterious and eccentric violet tones. If ‘The Beast’ breaks out of McAvoy’s figure, Shyamalan meanwhile whitens the pictures in ochre and mustard yellow, which the director associates with religious ceremonies, thereby underlining how much this figure sees himself as a priest who wants to protect broken souls.

James McAvoy again captivates as Kevin Wendell Crumb and his 24 different personalities. He continues his incredible performance in Split and even gets the chance to play “new” personalities. McAvoy manages to make the viewer join Kevin in his fever, suffer and cry with him – like Casey in the movie (Anya Taylor-Joy). That’s brilliant. The Beast will be missing in the cinema landscape for a long time (Shyamalan has confirmed that Glass is the last movie of the series). Samuel L. Jackson and Bruce Willis deliver exactly what they are supposed to deliver, but no more. And Sarah Paulson as a psychiatrist is well hit.

Only the plot can be viewed critically. On the one hand some will be disappointed, because they would have liked more interaction and action between Glass, Dunn and Crumb, and on the other hand the psychiatry in the movie probably has the worst security service in the world… In fact, Shyamalan gambles away some of his potential by letting the three characters only meet at the very end. Even the insane asylum as an institution is hard to convince, there are some logical errors. But Shyamalan isn’t a director who celebrates spectacle (more details in our detailed portrait of the director). Film fans and critics of the Avengers-series, who actually think that David Dunn and the Beast will hit their heads for two hours, firstly have a very inexplicable understanding of what Shyamalan is up to, and secondly get disappointed by the movie.

Glass’ message: sad and hopeful at the same time

In the end, however, Shyamalan waits for the audience with a strong message. It is surprising, sad and hopeful at the same time. The climax of the story reveals the film as the first true anti-superhero movie (much more than Unbreakable and Split), because it ends like no superhero movie or comic is aloud to end (no spoilers here). Shyamalan puts the viewer to a hard test… On the other hand, there is a positive, even hopeful surprise at the end for the existence of all the Dunns and Crumbs out there. And this glimmer of hope isn’t because of the work of supposed superhero Dunn, but of the super villain Glass!

Shyamalan answers the question how society would react to “supernatural” human beings (no spoilers) and gives a (more or less hidden) political statement with his end: Different and broken people shouldn’t be oppressed, but live with the other people in a (peaceful) coexistence. Shyamalan himself said about the movie: “I think marginalized populations will find themselves in it because in our time they are pushed aside by those in power.”