October and November were quite busy months, a lot of movies came out in autumn and I tried to watch them all. I was also quite busy during these two months. During October and November, I have seen eight movies in total and in this update I will review every single one of them, with one exception, that I will review separately. Also this doesn’t replace my regular movie reviews, I’ll keep doing them so don’t worry.

1/ The House That Jack built

This one is going to be quick, because Adrian already reviewed itbecause Adrian already reviewed it. The House That Jack Built is the new Lars von Trier movie, that follows Jack (Matt Dilon) a serial killer who converse with his imaginary companion Vergilius (Bruno Ganz) about his murders, also he tries to build a house. I would say, that this movie is for the fans of Lars von Trier and for him and I am none of those things. The House That Jack Built is a movie I’m conflicted about, I think that it includes moments of comedic excellence, in contrast to some scenes that are there just to waste time (ending and Jack’s childhood). It desperately tries to convince the audience, how smart it is, but it doesn’t leave anything to your imagination, Jack and Vergil immediately discuss, what just happened in a scene (in case you are really that dumb). All that could be forgiven, if it ended at one point, where Jack finally builds his house and it would be perfect, but the movie keeps going for another 20 minutes. Movie also make some incredibly annoying things, like playing song “Fame” by David Bowie or showing you a footage of Glenn Gould and not just once, but multiple times at least if it present different parts of the song of different footage of Glenn Gould, that would be interesting, the only explanation I have is the possibly: the of laziness of the director.

The second movie I have seen in October was Venom and quite possibly the worst one. I was actually planning to review it in a long style review, but the time constrains got better of me. Tom Hardy starts as Eddie Brock, an investigative journalist, who got in contact with alien symbiote called Venom (voiced also by Hardy), which gives him superhero abilities and together they must stop a bad guy, who has the similar powers, because the world has enough superhero movies. Venom is as bad as it is enjoyable and in both cases it is a lot. Performances going from incredibly dull and forgettable, to so over the top. Dialogues are laughable, villain is boring, his plan is simply stupid, the finale is an absolute mess (two dark colored, same looking characters are fighting in the night, with quick cuts and shaky cam). If you decided to watch it, stay till the mid credit scene, because there aren’t many opportunities to see a great actor in a horrible wig chewing every word he says.

I would recommend Venom only as a joke, get a few friends, get some alcohol and have a good laugh: 3/10

P.S.: Tom Hardy is somehow less convincing as a journalist than the Alex Jones. 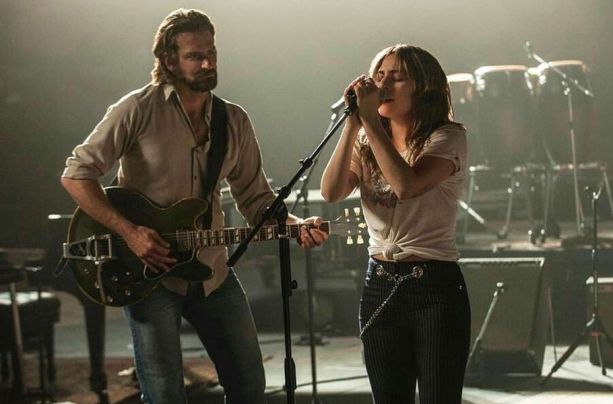 A Star Is Born is a very good movie, I was surprised how good it was and even more surprised, that this was a third remake of said movie. Movie follows Jackson Maine (Bradley Cooper) a country singer, who has alcohol and drug problems. After one concert, he decided to visit a bar, where singer Ally (Lady Gaga) is performing, he is amazed by her performance and makes her his co-singer and latter fall in love. A Star Is Born is also Bradley Cooper’s directorial debut and I think he did a pretty great job, movie looks really nice and most importantly sounds very nice, his performance in the movie is excellent. The other one that is worth mentioning is Sam Eliot as Bobby Maine, Jackson’s older brother and manager, who also gives a great performance. Finally, Lady Gaga as Ally was something I was quite nervous about, I am not a fan of her music and her acting is not something I don’t pay attention to, I don’t watch American Horror Story and only other thing I can remember her, was her cameo in Sin City 2 and lets not forget her god-awful performance in “Lisa goes Gaga” the worst Simpsons episode by far. Surprisingly she is good in this, while not as good as her counterparts, but still she gives a good performance. Songs are great to listen to and this is where Lady Gaga excels.

The best movie of October by far is First Man, a new movie directed by Damien Chazelle (Whiplash and La La Land). I was quite exited for First Man, Whiplash and La La Land were amazing, and I certainly wasn’t disappointed. First Man is biopic about Neil Armstrong and also about Moon-landing. Every performance is great, direction is excellent, what I love about this movie is how they show you inside of the spacecraft, to give you perspective of being in the shuttle. Ryan Gosling again proves that he is one of the most talented actors currently working. This is the second best movie of the year, only Isle of Dogs was slightly better.

I would highly recommend First Man: 9/10

Until then keep watching First Man and A Star Is Born!

2 thoughts on “Movies of October and November (Part 1)”